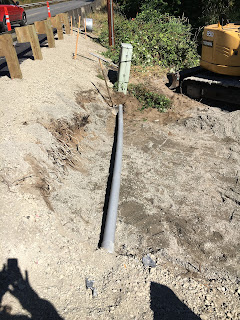 Greetings to my neighbors of Jefferson County. If we haven't met already, my name is Dan Toepper and I would like to represent you as the next Jefferson County Public Utility District #1 Commissioner (JPUD) from District 3. JPUD has three (3) elected Commissioners, who serve 6-year terms. The districts are the same as those of your County Commissioners. The Election process is two-fold. A primary election cycle for District 3 voters runs from May through July.

With only two candidates in the race, my name will not appear on the primary ballot. However, my name will appear on the November ballot. I am asking for your support so that I will be successful in both cycles.  Voter turnout and participation is important in both election cycles. I urge you to please mark your ballots for all the elected officials and ballot initiatives especially the PUD race which doesn’t always get as much attention.